We managed to do so even after having to start with a fresh strategy when Boardbooster went out of business in June.

In this case study I’ll walk you through the exact step by step process we used.

How Living on The Cheap Started Seeing Consistent Growth on Pinterest

Living on the Cheap was (and still is) a well established site, getting tens of thousands of pageviews a month.

But most of that traffic was from search engines like Google.

Living on the Cheap had worked with a Pinterest virtual assistant in the past, but not one that focused on strategy.

As a result while they’d had some success with Pinterest here and there it wasn’t consistent growth and would drop off significantly.

Living on the Cheap schedule a consultation call with me on February 13th, we began working together a week later.

We continued to see a rise of pageviews from Pinterest through April 2018. But in May 2018, there started to be a lot of troubling information about using Boardbooster, the tool we had been using.

Pinterest accounts using Boardbooster were being shut down, for what was deemed spammy behavior. We started to see our results decrease. By the end of June Boardbooster was out of business and we were down to an average of just 85 clicks per day.

Living on the Cheap signed up with Tailwind mid July 2018, at the time we were getting an average of 87 clicks per day.

Here is how we did it:

I started by perfecting the Living on The Cheap Pinterest profile by ensuring each board had a keyword rich description.

We started by reviewing the board name and description to ensure both were keyword rich.

In addition to including keyword rich descriptions, I reordered the boards to have the most relevant Living on the Cheap’s boards listed first. That way anyone viewing the site’s boards could tell what the site is about.

Step 2: Setting Up Tailwind for Success

Tailwind is much more than just a scheduler, its features allow you to expand your reach and make implementing a strategy easy.

Setting up Board Lists

One of the first things I did was create board lists, to help make scheduling out content easy.

I created each board list based on topic, I included every relevant personal board, and relevant QUALITY group boards. While Living on the Cheap is in over 60 group boards, we don’t pin to all of them.

Using Tailwind analytics I choose the best boards to pin to to add to the board lists.

Best practice is to pin 10-25 times a day, using Tailwind’s smart schedule you can generate a schedule based on the best times to pin with an average daily pins of your choice.

Since we were moving over from a much more automated Boardbooster, to keep my rates within Living on the Cheap’s budget we decided on pinning less with an average of just 12 times a day.

All basic Tailwind accounts include access to 5 Tailwind Tribes. I focused on getting onto niched ones that were full of active users.

When one started not doing well, we left that tribe and joined another more seasonal tribe to help gear up for the winter holidays.

Every month, we max out on the number of pins we can contribute to Tribes and are sure to follow the rules and pin from the Tribes as well.

Keeping an eye on the Tribe analytics helps to make sure we get the most out of being in just 5 Tailwind Tribes.

Since Living on the Cheap has been around for years, there is lots of content to pin, but that content didn’t always have a Pinterest worthy image or description.

Where there is a Pinterest worthy image, I make sure to pin it with an equally worthy description (usually the description before hand is just the article title) and include a few relevant hashtags.

Where there isn’t a Pinterest image, I create one and craft the description using keywords used in the post.

Step 4: Scheduling for the Seasons

Just like in department stores, there is always an upcoming season to prepare for and you should do it sooner than you think.

For Living on the Cheap, I started scheduling winter and holiday content back in late August. And now, in December, I’m starting to schedule content for Valentines day and Easter.

It can take a little bit of time for a Pin to start gaining traction, so you want to give that pin the time it needs so it can peak during your desired season.

With seasons that happen every year, you can use Tailwind’s smartloop feature to setup a seasonal loop so that every year it starts repinning the relevant content.

That’s all there is to it. That’s how Living on the Cheap went from just  83 pageviews a day from Pinterest to over 700.

The best part is, you can get the same results by following the step by step process. 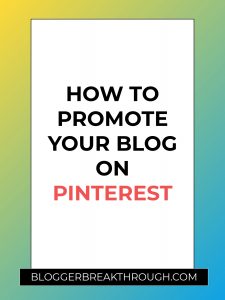 Pinterest is my number one traffic source. And it’s one of the easiest ways to start getting traffic to your blog quickly. While you do you want to work on things like a SEO and I diversifying on where your traffic comes from, those things can take time. So starting with Pinterest and consistently pinning… 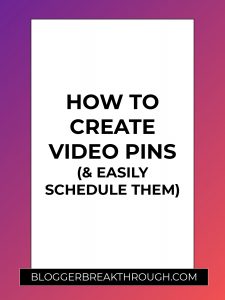 Video pins have been up and coming on Pinterest, especially video ads. But until recently pinning video pins meant doing it manually. And manual pinning is just something I’ve never managed to do consistently. I literally let out a squeal of joy (true story) when I saw video pin scheduling was available on Tailwind. Now… 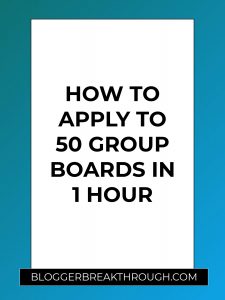 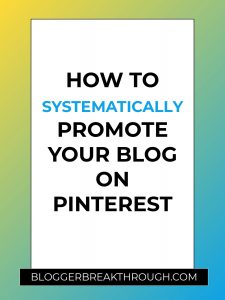 Pinterest can be a great way to get your blog content out there, but it can also be very involved. When you’re a blogger you already have so much to do, that it can be difficult to add one more thing to the list. I know because it’s part of the reason I have clients… 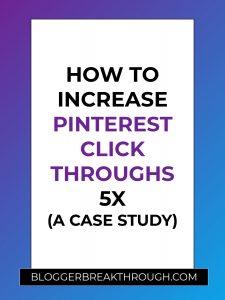 When I started working with Paige, the mastermind behind Last Ingredient, she was already an Instagram rockstar with over 50,000 followers, but her Pinterest looked nothing like the food blogger she was, it was mainly interior design boards. Her goal was to reach the necessary minimum to apply for a certain ad network. She knew… 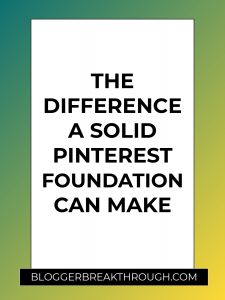 I’m sure you’ll agree there is no shortage of blog posts out there on how to market your blog or business (or both) on Pinterest. A lot of them talk about pinning strategies and using Tailwind because let’s face it, it’s a great way to promote that Tailwind affiliate link (promise to share mine later…