When I first started blogging seeing the income reports of other bloggers was always really inspiring. Even after four years of blogging they still do. Especially when I’ve followed certain bloggers from when I started over four years ago to see where they are at now, it’s been great to see how much they’ve grown.

Admittedly, some income reports out there are better than others. It all kind of depends on the amount of detail they go into in their income report and what sort of information they provide that would help you achieve similar results. So while there are a lot of income reports from blogs these are some of my favorites because they are detailed and they explain how they got to where they are.

Pat Flynn is not only the the host behind the very successful Smart Passive Income Podcast, he also has a number of sites, podcasts, and even a youtube channel and he earns bank. Though to get here it took several years and a lot of hard work.

In his most recent income report he details some of the strategies he used to have successful affiliate launches and shares exactly how he earned over $167,000 in December 2017. Yes, that was just for December, for 2017 as a whole he earned over 2 MILLION dollars!

Check out his most recent income report

I’ve followed Michelle of Making Sense of Cents, almost since I started blogging, I remember when she was earning between $15,000 and $20,000 a month which to me was a lot. Though these days she regularly earns over $100,000 a month.

Selling her own products essentially doubled her income.

Her income report details things she did to grow her income, including recommending the free eBook – 7 Surefire Ways to Boost Your Income Overnight, which having read it myself I also recommend.

While Rosemarie of The Busy Budgeter no longer regularly posts income reports, the ones she has up are inspiring. In the income reports she has posted in the past, Rosemarie not only shares a detailed breakdown of her income but also her pageviews.

Now, while pageviews are a bit of a vanity metric, there is a bit of correlation between them and the amount of income you earn and not many bloggers are willing to share their pageviews. So it’s nice to see an example of income vs pageviews.

Additionally, while The Busy Budgeter does earn a significant amount of money from affiliates (around $19,000), it’s exciting to see a blogger earn the majority of their income ($58,000) from their own products. For this income report, Rosemaries mostly earned product income from her 90-Day Budget Bootcamp, but also from her Pinterest Strategy Guide, and Core Affiliate Strategy products.

She also encourages others to comment with their income reports, so there are tons more to dig into when you get to the comments section of her post. Check out this income report from The Busy Budgeter in 2017, she made over $80,000 in one month.

Jason of The Butler Journal is still working a regular job, which means his income reports are showcasing his side hustle skills. In 2017, he managed to side hustle nearly $12,000. That’s an extra $1,000 a month on average.

Not all bloggers start out blogging full time, it starts as a passion project, then usually develops into a side hustle, and maybe eventually they decide to try to take it full time. Showcasing what bloggers are capable of even working at it part time I think is fantastic to see because it’s more realistic for most people.

To learn more about how Jason side hustles with his blog, check out The Butler Journal’s latest income report.

Believe in a Budget

Kristin from Believe in a Budget is a total boss running three different online businesses. In addition to BIAB she also partner’s with Gina Horkey of Horkey Handbook to run Become a Pinterest VA Today! And she recently started a Amazon FBA Private Label.

While Kristin doesn’t go into tons of detail on her income. She’s been doing income reports for years and it’s great to see a long term blogger’s income trajectory over time.

Alex and Lauren of Create & Go, make a lot of money from Create & Go which is about blogging. Normally, I’d be hesitant about a site that makes money blogging about blogging, because many of those people have never blogged about anything else. That’s not the case here.

Before they started Create & Go, Alex and Lauren found success earning tens of thousands a month from their health site Avocadu. They now run both sites and detail the income they earn from each in their monthly income reports.

In October 2018 they made over $125,000. They make most of their income selling products and services, like Pinterest Traffic Avalanche and Make Money Blogging for Beginners. While affiliate marketing is another large revenue source for them.

Every blogger’s income story is different and how they choose to make money online or elsewhere is going to be different too. Part of the reason for the difference is what their goals are and what they’re trying to accomplish.

Each of these bloggers is working toward something different so their income reports reflect that which is great because that means you can do different things and still see success.

What it comes down to is, if you’re ever looking for a little inspiration or feeling little down about your blog, then definitely check out other bloggers and their income reports because it’s bound to motivate you. 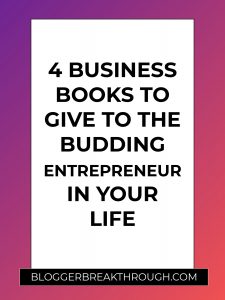 Most successful business owners tend to be avid readers. The thing is, there’s a lot out there you can read. So today I thought I would go ahead and share with you the business books I’ve been reading and that are on my “to read” list. I’ll share what I love about each book. As… 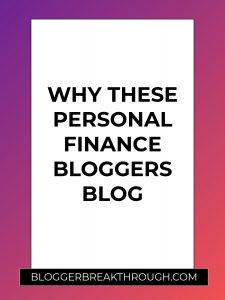 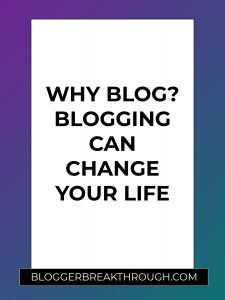 When I started blogging two years ago, I never could have imagined the world it would open up. Blogging opened up a desire to learn a whole new skill set, connected me to incredible and inspiring people, and frankly made me feel like my big crazy dreams weren’t so big and crazy. I reached out…